International Day for Elimination of Violence Against Women

Despite years of effort, advocacy, lobby and changes to the law, violence against women and girls (VAWG) still is one of the most widespread human rights violations.  The familial, and intimate nature that often accompanies violence against women and girls creates shame and stigma that results in gross under-reporting and lives lived in unnecessary danger and threat. 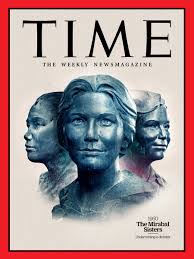 While we acknowledge that gender-based violence can happen to anyone, anywhere. We also acknowledge that women and girls are more vulnerable members of the population. Even more vulnerable, are young girls and older women, women who identify as lesbian, bisexual, transgender or intersex, migrants and refugees, indigenous women and ethnic minorities, or women and girls living with HIV and disabilities, and those living through humanitarian crises .

Violence against women and girls is a removable obstacle that could positively change the world by allowing women and girls to reach their potential. The Mirabel Sisters shared this belief, which resulted in  their assassination in Dominica in 1960. These women believed in equality and because of their anti dictatorship beliefs and activities became  “symbols of popular and feminist resistance” and the inspiration for this day.