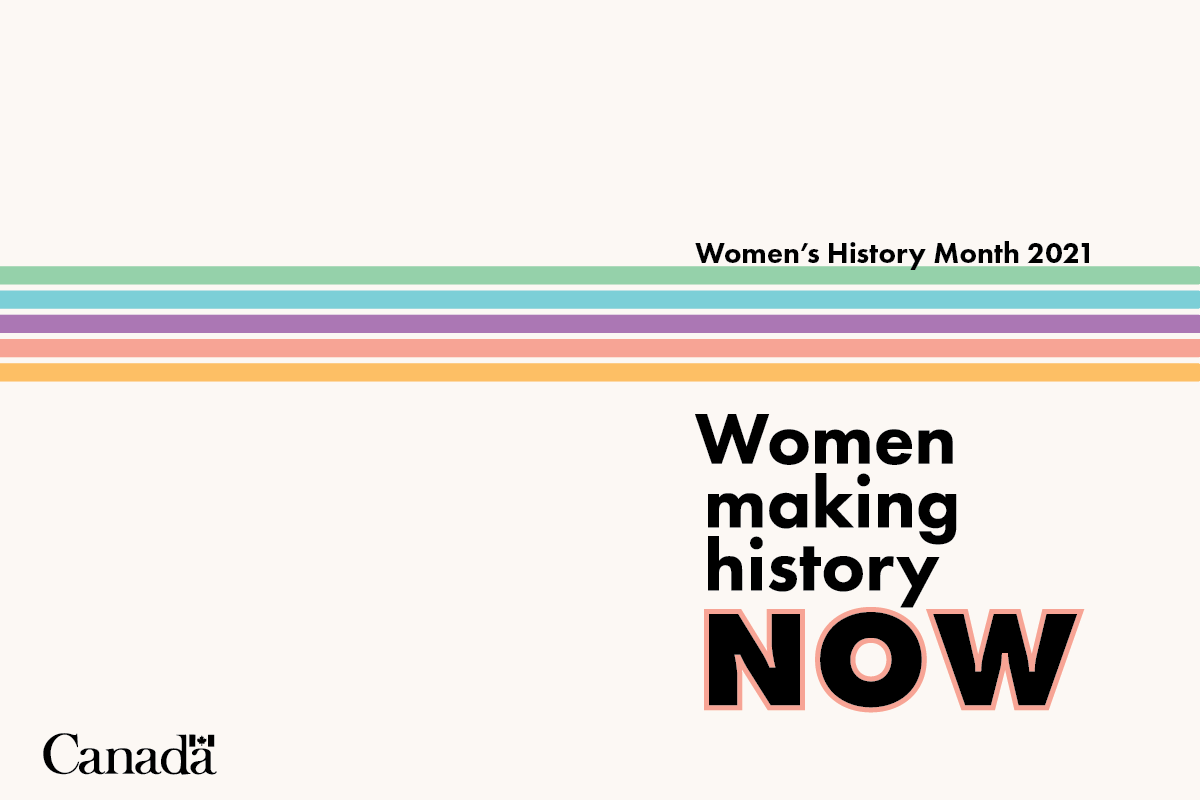 October has been designated as Women’s History Month in Canada since 1992 when the  Government of Canada declared that month to mark and celebrate the many achievements of women throughout Canada’s history. Much of the traditional history taught and recognized were accomplishments of men. Although it is important to recognize their contributions, those made by women seemed to be invisible and so it was fitting that a month was set aside to acknowledge the many achievements and the lasting
impact made by women.

October 18, 1929 was the day when the legal definition of “persons” was changed to include women by the Privy Council in England under the British North American Act. This was a turning point in the quest for equal rights in Canada allowing women the right to be appointed to the Senate and paving their way for increased participation in public and political life.

It was also in 2012 that Canada lead a successful international campaign at the United Nations to establish the International Day of the Girl which is also recognized in October. This day ( October 11th) is dedicated to promoting girls’ rights around the world, including freedom from violence and abuse and equal opportunities in health care, nutrition, education and the law.

For a look at ‘Women in Canadian History: A Timeline’, here’s a link…

All of these woman firsts probably came with some self sacrifice and living on the fringe of society. During the last number of months dealing with COVID 19 and the restrictions from the pandemic, women have been disproportionately disadvantaged.  With the increased demand to work from home along with home schooled children, isolation and many of the essential services done primarily by women the theme of “Women Making History Now” is certainly relevant. As the term ‘new normal’ arises women are and will again be making sacrifices of themselves and pioneering new territory in order to move forward.

With increased policies and restrictions coming into play everyday we are seeing the erosion of choices and some of these are after long fought battles by women who have come before. So for ‘Women Making History Now’ the stage is going to be difficult and more important than ever to push forward preserving our rights and addressing those that are being eroded. This new made history may be very much like the suffragette’s fight to vote, forging forward and not collapsing to public and social pressure. It may be difficult to hold fast to feminist philosophy when judged from social pressure.

Let’s continue the struggle forward for women’s voices to be heard and women’s rights and opportunities to increase. We want to make sure all women and girls have economic empowerment and access to education, increased political participation and leadership, health care, accommodations and food security. In a country like Canada nothing less should be expected. The Women’s community must stand together in solidarity, without any discrimination, to move forward with one voice, one purpose and one goal – TO LIVE TOGETHER WITH RESPECT AND EQUALITY. This would be the ultimate “Women Making History Now”!!

Now for some fun!! Click here for a quiz on Canadian Heroines, created by Merna Forster. See if you can answer the questions and recognize the Women Who Made History Then!