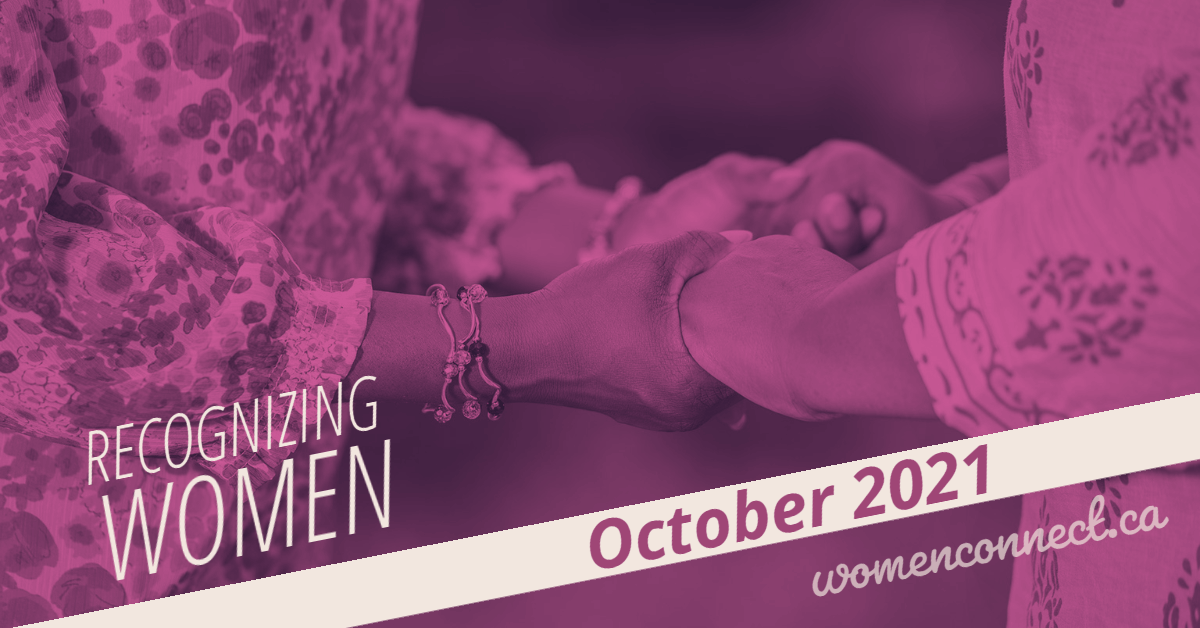 There are many important Days of Observation this month. Several relate to Indigenous women and girls, some put a focus on medical and mental health concerns the disproportionately affect women.

The Mi’kmaq History Month Committee was established to promote awareness of Mi’kmaw culture, history and heritage and encourage educational and cultural activities

during the month of October. This year’s celebration will focus on relationships and the notion that We are all Treaty People, the theme explore the connections between Mi’kmaw diplomacy, treaty-making and denial, and renewal and reconciliation

While more people are surviving a breast cancer diagnosis than ever before, it’s still the most common cancer and the second leading cause of cancer death among Canadian women. This October, during Breast Cancer Awareness Month, you can make a difference in the lives of those affected by breast cancer.

In 1985, the Supreme Court of Canada confirmed the validity of the Treaty of 1752, signed between “Jean Baptiste Cope, Chief Sachem of the Tribe of Mick Mack Indians, Inhabiting the Eastern Coast of Said Province,” and Peregrine Thomas Hopson, Governor of the Province of Nova Scotia – in its ruling of the court case, James Matthew Simon v. the Queen. This ruling not only validated our Aboriginal Treaty rights, but also confirmed the unique relationship which exists between the Mi’kmaq and the Crown, an agreement which is further maintained within the Covenant Chain, a series of interconnected treaties of mutual consent.

The International Day of Non-Violence is observed on 2 October, the birthday of Mahatma Gandhi, leader of the Indian independence movement and pioneer of the philosophy and strategy of non-violence. According to General Assembly resolution A/RES/61/271 of 15 June 2007, which established the commemoration, the International Day is an occasion to “disseminate the message of non-violence, including through education and public awareness”. The resolution reaffirms “the universal relevance of the principle of non-violence” and the desire “to secure a culture of peace, tolerance, understanding and non-violence”.

Click here to learn more about International Day of Non-violence

Every October, communities across Canada come together to honour the Missing and Murdered Indigenous Women (MMIW) and to stand alongside their families to offer support, educate the public, and commemorate the lives of our Indigenous women and girls. The Native Women’s Association of Canada and the Native Women’s Resource Centre of Toronto are proud to host the annual Sisters In Spirit Vigil. With over 1,000 cases of MMIW recorded by the RCMP from 1980 to 2012, it is clear that the prevalence of violence towards Indigenous women is a national tragedy. The annual Sisters in Spirit Vigil gathers community members and encourages them to raise their voices. We come together and demand action to prevent the loss of our mothers, aunties, sisters, and daughters.

Click here to learn more about Sisters in Spirit.

International Day of the Girl is a United Nations observance day dedicated to championing girls’ rights around the world, including freedom from violence and abuse, as well as equal opportunities in areas such as law, education, nutrition and health care. This year, the UN is drawing attention to the role economic empowerment plays in promoting equality for girls, specifically through improved access to education, increased political participation and leadership, and better support and training for girls in STEM.

Progress for adolescent girls has not kept pace with the realities they face today, and COVID-19 has reinforced many of these gaps. This year, under the theme, “My Voice, Our Equal Future”, let’s seize the opportunity to be inspired by what adolescent girls see as the change they want, the solutions- big and small- they are leading and demanding across the globe.

Click to learn more about International Day of the Girl Canada

Each year thousands of families across Canada mourn the death of their babies. In 2017 1,699 infants died within the first year after birth and 3,159 babies were stillborn. Parents get isolated in their grief and the stigma around the death of children prevents society from speaking about the devastating effects on parents and their families.

Rural women, with a crucial role in agriculture, food security and nutrition, already face struggles in their daily lives. Now, since COVID-19 and their unique health needs in remote areas, they are less likely to have access to quality health services, essential medicines, and vaccines. Restrictive social norms and gender stereotypes can also limit rural women’s ability to access health services. Furthermore, a lot of rural women suffer from isolation, as well as the spread of misinformation, and a lack of access to critical technologies to improve their work and personal life.

In a world characterized by an unprecedented level of economic development, technological means and financial resources, that millions of persons are living in extreme poverty is a moral outrage. Poverty is not solely an economic issue, but rather a multidimensional phenomenon that encompasses a lack of both income and the basic capabilities to live in dignity.

It marks the day in 1929 when the historic decision to include women in the legal definition of “persons” was handed down by Canada’s highest court of appeal. This gave some women the right to be appointed to the Senate of Canada and paved the way for women’s increased participation in public and political life. Though this decision did not include all women, such as Indigenous women and women of Asian heritage and descent, it did mark critical progress in the advancement of gender equality in Canada.